I'm back and ready to talk about Day 3 (Friday) of The Book Expo of America. Otherwise known as signing day -- where I got to sign advanced copies of Scorched. 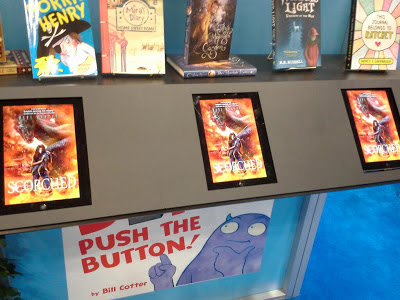 In case you're wondering, I did NOT switch all the iPads in the Sourcebooks display case to my book. That was an evilly awesome blogger from Austin. And yes, I secretly approve! 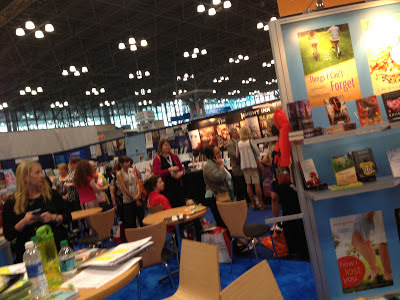 When I arrived at the Sourcebooks booth I was told that people had been lining up 45 minutes in advance to score themselves a book. I tried to take a photo of the line without being too obvious. 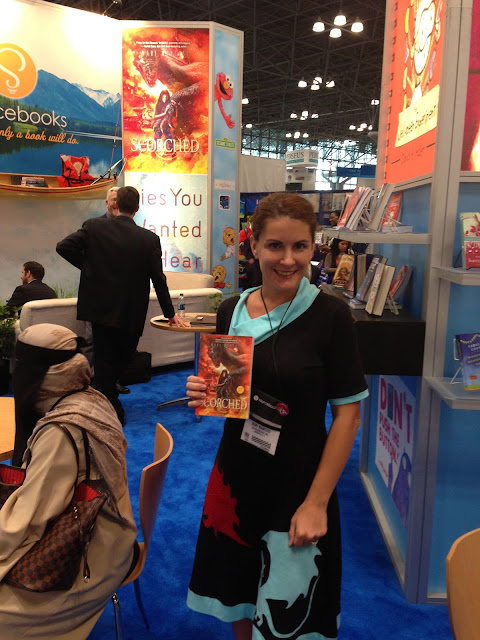 But it possibly might have been a TAD obvious when they saw my dress. Annoyingly I'm sort of standing sideways here - but I hope you can get the idea! (Dragon breathing sequin fire!) The dress was made by an awesome Etsy seamstress known as Teeny Bunny who normally does dresses for toddlers. I convinced her to make one in my size and she did a FABULOUS job. Seriously, I got a gazillion compliments. 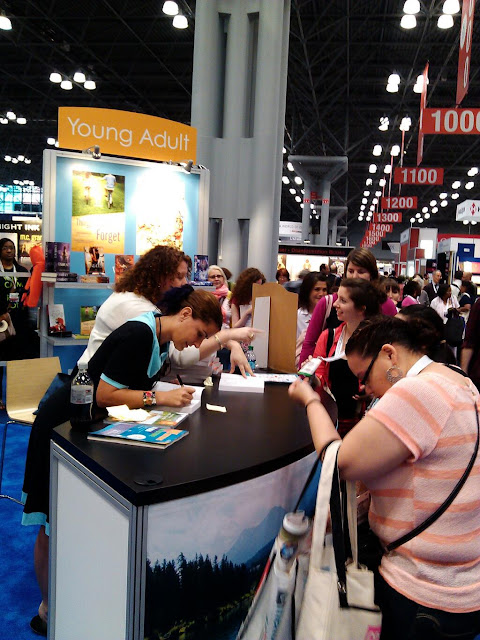 At 3pm I started signing. With the help of my publicist Derry and later my agent Kristin. It was so awesome to meet people who love dragons as much as I do!!! 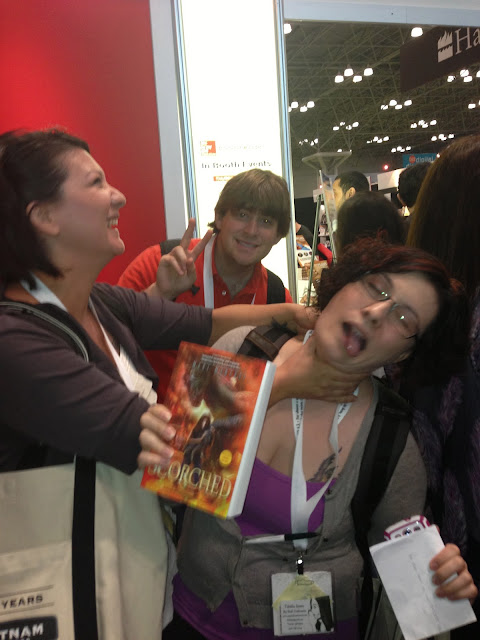 In fact, it got kind of fierce at one point..... choking, photo bombs... BEA is a dangerous place! 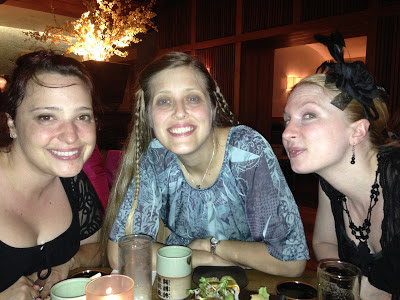 After the signing I grabbed sushi with Princess Alethea Kontis, Diana Peterfreund, and Leanna Renee Hieber at Blue Ribbon. We deserved it after such a busy day!! 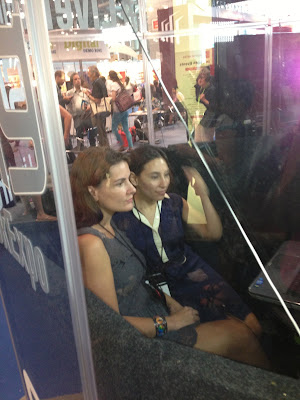 On Saturday I had to do a webcast interview with Shindig where me and fellow Sourcebooks author Jessica Verdi talked about our very different books. 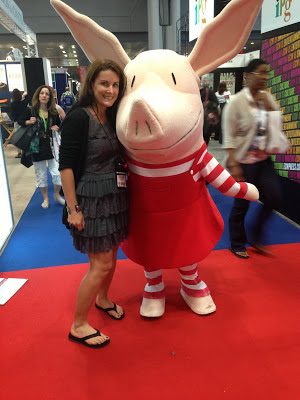 And Diana and I walked the floor looking for books for our daughters. Avalon's a big Olivia the Pig fan so of course I posed for a photo op! 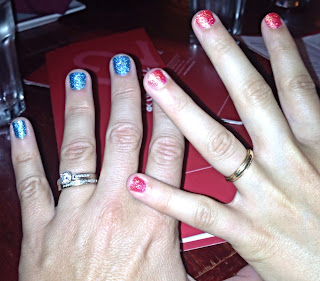 Finally, we'd had just about as much BEA as we could take. So I said goodbye to the AMAZING Sourcebooks team and headed with Diana to grab some soup dumplings and drinks. Between drink locations we had to swing by and get our nails done. I did mine in "Starswept Sea" blue for Diana's book. She did mine in "Scorched" red.

And that was my BEA! I'm sure I've only skimmed the surface and if I were a better blogger I'd name all the amazing people I met and all the great things I saw. I will say that despite me trying to stay strong I came home with more books that I could ever read. So perhaps we need to do a contest soon?

Wow, so many great photos! Looks like you had a lot of fun. Love the dress and nails! :)

It was AMAZING. Can't wait to do it again next year!! And thank you on the dress/nails! :) Since we writers spend most of our days at home it's fun to dress up once in a while!!!

Looks like it was an amazing event. Especially for you! I've never read one of your books, but they look fantastic. I'll have to check them out.

I found your blog through the WLC Blog Follows on the World Literary Cafe! Great to connect! I'm at http://www.sdkeeling.com. I look forward to reading your posts!