Talk about an awesome weekend! I just got back from the Capclave Con put on by the Washington Science Fiction Association (WSFA) in DC. It was so much fun!!

I could tell you about all the awesome panels I was on and all the wonderful people I met. But really, let's jump to the chase.

You know who I mean, right? He wrote a little series called "A Song of Ice and Fire." Otherwise known as Game of Thrones. My ultimate obsession. I've read all five books in the series and also watched all the seasons of the show. I even dressed up in Daenerys cosplay for DragonCon this year! So to meet the man behind it all in person - well, it was a once in a lifetime thing.

Even better? He posed with a copy of Scorched!!! :) 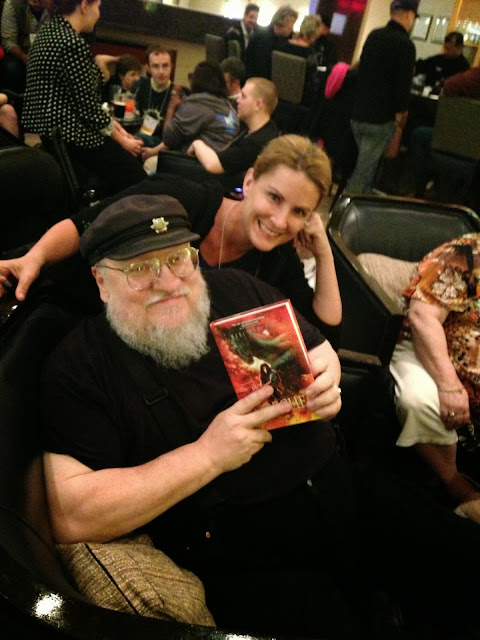 And pretended to read it... obviously he was super engrossed! 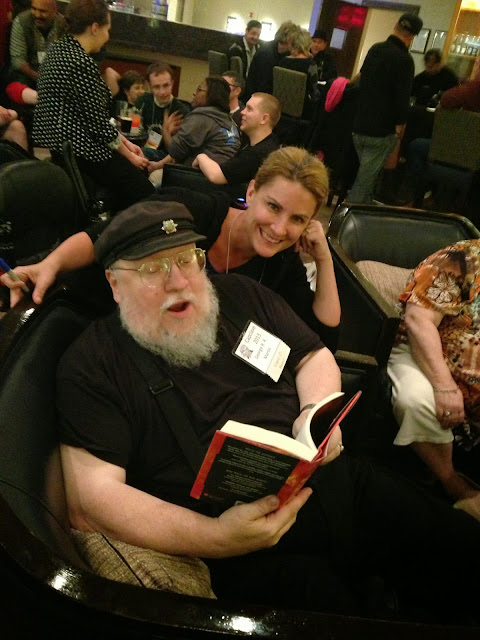 Seriously, I hardly ever fan girl authors. There's only one other author that I fan girled this hard - Cory Doctorow. Anyway, we talked about sports (he's a Giants/Jets fan poor guy) and he said he didn't know what he'd do if ever the Patriots and Cowboys played in the Superbowl together. He couldn't root for either of them! I also showed him my Daenerys cosplay outfits from DragonCon. He shamed me a bit for doing "tv show" Qarth Daenerys instead of "book" Qarth Daenerys. I sorta promised I'd do book Daenerys next year. Yikes. He showed me some of the people cosplaying his characters that he took at Comic Con. It must be so cool, seriously, to walk around a place like Comic Con and see people dressed up as your characters.

What we DIDN'T talk about was how book 6, Winds of Winter, was coming along. But he did say in his speech later that he should be home writing. Oh that reminds me - he read a passage from the book during a special session. It was SO GOOD! I cannot WAIT for this book to come out!!!

Other highlights? Hanging out and paneling with the YA crowd - Jon Skovon, Alethea Kontis, Diana Peterfreund, Annette Curtis Klause - as well as Penguin/Viking editor Sharyn November (who had really kind words to say about Gamer Girl (yay!)). 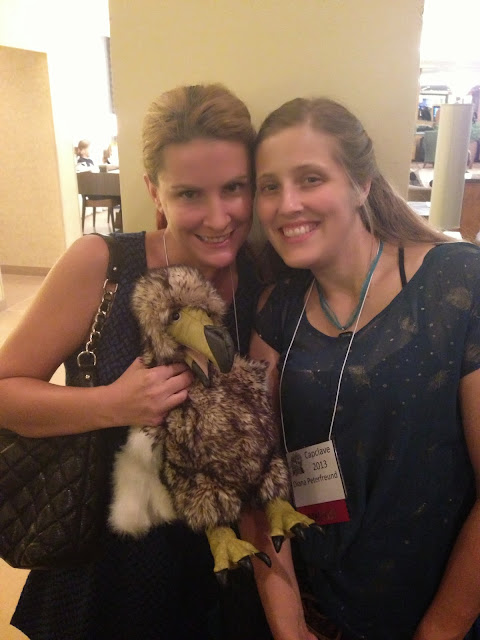 And last but not least - finding a very special treasure in the Dealer's Room. An AMAZING dragon necklace. Isn't gorgeous?? I swear I am wearing this EVERYWHERE POSSIBLE. 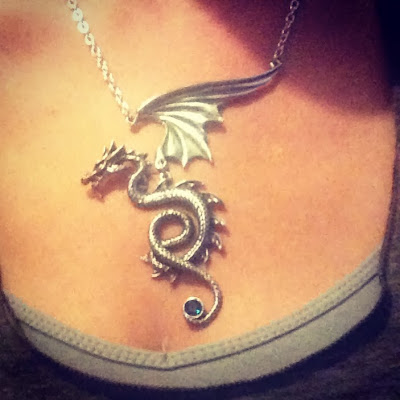 So yeah, all and all an amazing Con. I definitely want to return next year! But now I have to head to St. Louis for the lovely Heather Brewer's Less Than Three anti-bullying conference. So many great authors will be there, as well. Can't wait to see them all!