Hope you're having a wonderful November! I cannot wait for some Thanksgiving turkey!

Many of you have asked about print versions of my latest re-released books and I'm happy to say that they are now available! You can either order them off of Amazon for $9.99 or contact me directly if you 're looking for autographed copies.

Autographed copies can be personalized and are still $9.99 with $2.50 for shipping. And remember all these books are also available as e-books for $3.79.

Here are the books newly available in print:

An enthralling combination of The Matrix and Snow Crash with a bit of Blade Runner thrown into the mix.  -- SF Scope
Imagine walking up in a post-apocalyptic, nightmare world--and being told your whole life is but a dream. Skye Brown thought she was your typical college student--good grades, hot boyfriend, and an internship that pays her to play videogames. But then she started having the dreams.
In her dreams, there is no Earth. Only Terra, a bleak underground wasteland where people live in squalor and oppression. In her dreams, there is no Skye--only Mariah, a rebel leader fighting against a vile, dystopian regime. And then there's Dawn, a handsome, but haunted young solider who sees her as but an empty shell of the girl he once loved--a betrayer he vows to hate forever, despite what she sees deep in his eyes.
Now, ripped between Dark Siders and club kids, the mundane and the mystic, Skye finds herself in a fight against time--to learn who she really is, where she belongs...and why. The shocking truth she finds will have her not only questioning her own reality...but also her heart.
Print via Amazon ($9.99)
Digital Editions: ($3.79) Kindle * Nook * iTunes * Kobo * Sony 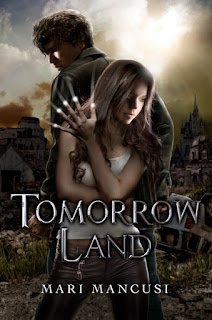 Can true love survive the end of the world?
Imagine finding your first love, only to be ripped apart by the apocalypse. Peyton Anderson will never forget the day she was forced to make a choice--between her family--and Chris Parker, the boy she'd given her heart. Now, four years later, as she steps from the fallout shelter and into a dead and broken world, he's the only thing on her mind.
All Chris "Chase" Parker wanted was to take Peyton away and keep her safe from harm. But he waited for hours in the rain on judgment day and she never showed--breaking his heart without ever telling him why.
Now the two of them have been thrown together once again, reluctant chaperones to a group of orphan children in a post-apocalyptic world where the dead still walk...and feed. As they begin their pilgramage to the last human outpost on Earth, can they find a way to let go of old hurts and find the love they lost--all while attempting to save what's left of the human race?
Purchase Print Copy from Amazon for $9.99
Digital Copies available from:  Kindle, Nook, All Romance, Kobo, Sony, iBooks - only $3.79 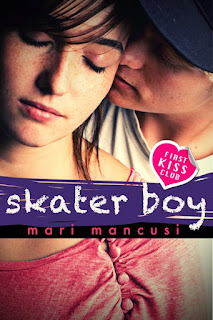 Dawn Miller is sick of being good. Her parents have scheduled her to an inch of her life and her popular friends are only interested in shopping and hooking up. And the rich boy everyone wants her to date is more obnoxious then a five year old on a sugar high.

But then she meets Starr, the headmaster's rebellious daughter who refuses to play by the rules. Starr introduces Dawn to a whole new world of indy record stores, all night raves, and cute skateboarders who practice underneath a parking deck downtown.
Skateboarders like Sean, who's sweet and smart and utterly hot--everything Dawn's ever wanted in a boyfriend--and soon she finds herself head over heels. But deep down she knows her parents will never approve of this boy from the wrong side of town...and the lies she's been telling are starting to catch up to her. Will Dawn be forced to leave her newfound life behind...and lose her skater boy forever?
Available in paperback from Amazon for $9.99.
All digital platforms for $3.79.
Kindle * Nook * iTunes * Kobo * Sony

Posted by Mari Mancusi at 8:05 AM No comments: