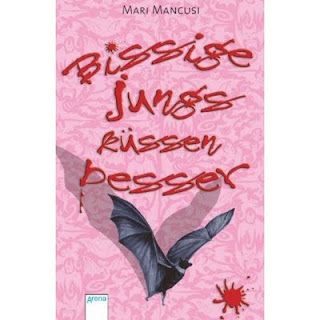 For German readers out there, they've finally released the cover of Blood Coven #6 - Blood Ties. Unlike in the US, where my publisher gives me a copy of the cover about six-eight months in advance to use in promotion, in Germany they prefer to wait until they send it out to major retailers like Amazon.com. So I only stumbled across the cover this morning when looking on Amazon.de!

The book will be out in August, the same month as the American version. Originally they were going to have it come out in July, but there was some delay with the translator, I'm told. Actually this is better because now the German and English fans can read the book at the same time!

You can pre-order the book on Amazon.de here. Hope you enjoy it!